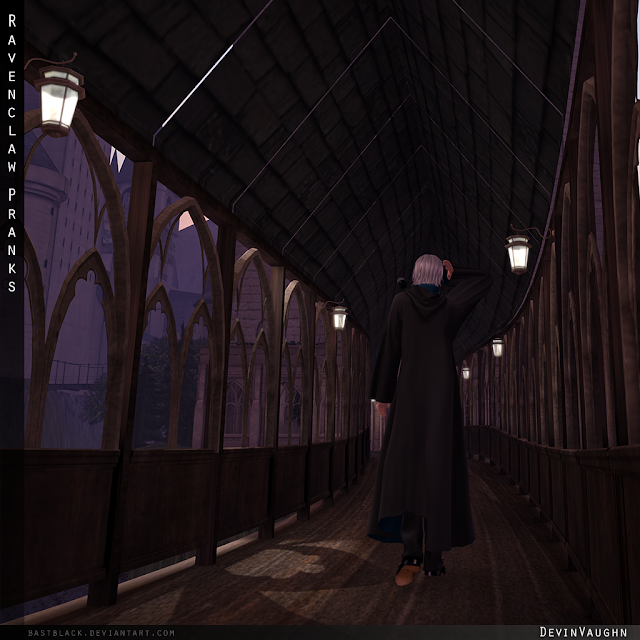 (click to enlarge)
STORYLINE: It was the morning of the final exam. One more test and he would graduate Hogwarts School of Wizardary. But there was a problem. As brilliant as he was in creating new spells, he had a serious flaw. The pride of Ravenclaw was failing Defense Against the Dark Arts. He hated himself. Whoever heard of a wizard who could not deflect even the simplest attacks? He thought he was cursed. He was determined to study hard before the test and prove everyone wrong. "Frail Fenny" was not a weakling!

This Harry Potter inspired school uniform by FatePlay, (the cosplay division of FateWear), is wonderful! I highly recommend you scoop it up while it's on sale at We <3 Role Play before it ends on the 30th. This outfit has classic male tailoring that can work in many situations, not just role play. The outfit includes 6 standard sizes for male, and a child size, two tie options, two shirt options, and a wand with Aguamenti attack. There are 2 versions, a light grey one and darker grey exclusive to We 3 Role Play. I was so happy when I saw the house on sale was RavenClaw. I am a RavenClaw! I have taken many various "House Sorting" tests online, and always end up as a Raven. lol What Hogwarts house are you? 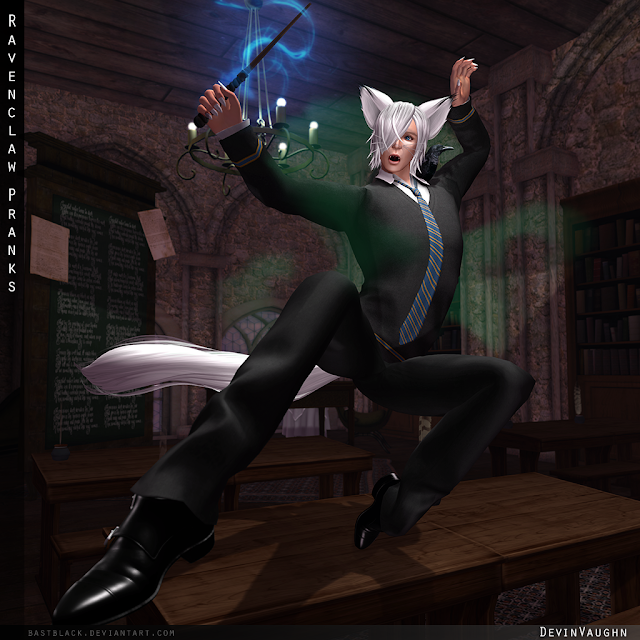 (click to enlarge)
STORYLINE: Fennimore didn't know he was being followed. He was so engrossed in his own thoughts, when a real attack hit him he was caught completely unprepared. He attempted to return fire but it was too late. Fennimore spent the afternoon chasing mice in the library and licking his fur. He missed the final exam.

Are these new mesh hands by Slink great or what? Finally some badass claws, and I can paint my nails whatever color too. Thank you! The skin I am wearing is gorgeous new release Lucis by Tableau Vivant. There are no male hand and feet SLink appliers yet, but I am hoping Tableau Vivant will come out with some. The ears and tail are by Magika. It comes in all colors so it's not problem to match hair and Neko parts. The raven on my shoulder is one of the fun prizes rotating at the Sarcastic lucky board. The hair I am wearing is a cool new release by Ayashi that comes with color change hud pack, or you can get the fatpack with all colors. The kitty pose I picked up at Co*motions while on the Twisted hunt.