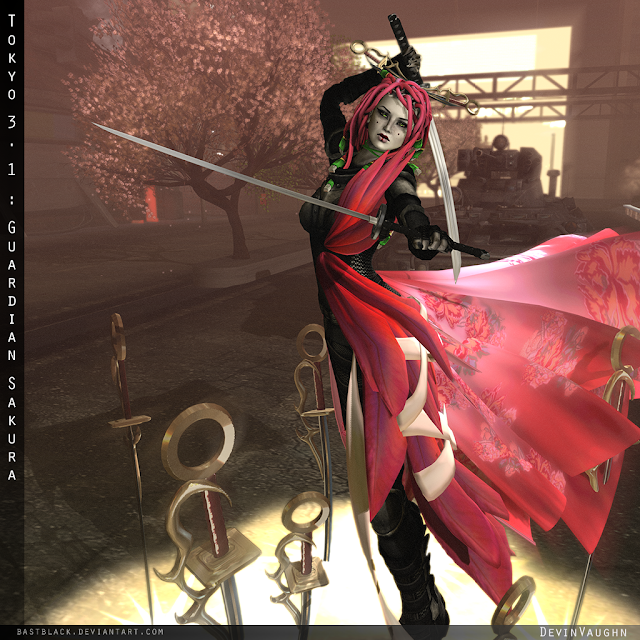 (click to enlarge)
STORYLINE: Given enough time diverse things merge and combine. This was true too in Tokyo 2085. While huge chunks of the city had joined the global cyber collective, some parts of Tokyo were ageless. One small section close to the water even had real living sakura trees. This was her favorite place. Guardian Sakura defended it ferociously. Somethings were worth dying for.

Originally I had the idea of doing a tough-as-nails woman warrior, but my idea took a turn toward a combination of hard and soft, past and future, east and west, after I won the watermelon colored falls. lol. The Rebellious armor outfit by Dark Prophet Designs is a wonderfully crafted mesh with pieces that can be added or subtracted. Included is a hood with 2 styles of tattoo to shade the face and make you look mysterious. Nice touch! It's on sale 25% off at We Love Role Play until August 31st. The soft elements are by Barerose. The Otoko Ohka package also includes hair, kimono and shoes. The Codie falls by Discord Designs is available in gacha at the 24 Event until August 31st. This beautiful skin by Koola is a current group gift. I love the eyeliner and freckles. The Amidala makeup by Avea adds a nice geisha touch. The dewy Jaded eyes by Poetic Colors match the green falls end nicely. For the pose, I used both katanas in the Fantasy Ninja pose by F*ckingNinjas. Picture is taken at the new sim by :Sey, Tokyo 3.1. 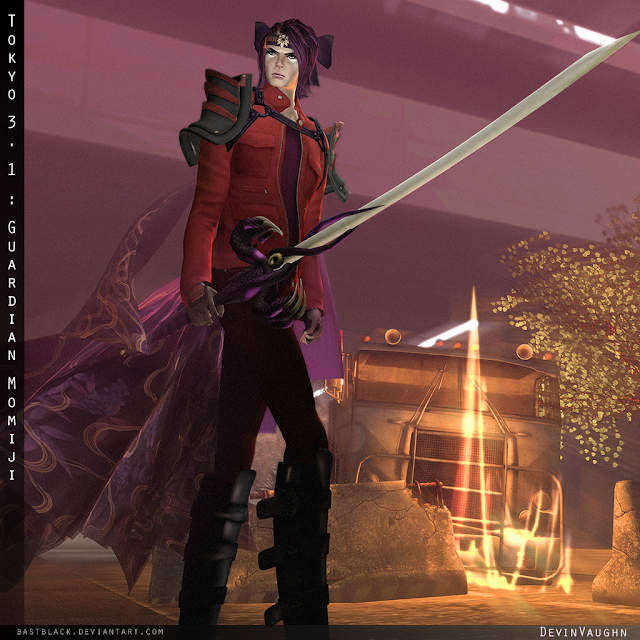 (click to enlarge)
STORYLINE: "Tree Hugger!" He was five years old when he saw a rock thrown at his older sister by a bitter wheelchair-bound man. He was horrified when blood trickled down her face. He immediately charged at the nasty coot, but Sakura blocked him. "The person who is hurting here is not me." She pointed to the man's legs. There was a severe infection where his cybernetic limbs met his upper thigh. "Rejection," she whispered. He swore he would never accept implants after that day. But not all of his childhood memories were bad. He got to see the Walled Forest before it was destroyed. Remembering the beauty of leaves turned to amber, orange and red was all the motive he needed to follow into his sister's footsteps. Poachers and vandals would soon be overwhelmed by the fury of Guardian Momiji.

Continuing in the Tokyo 3.1 series, this one shows the new clothing for guys from Fatewear with leather materials. The pants are Brad, and the Jacket is Logan with an open or closed jacket. You can wear the included shirt under the open jacket, or go without. I showed you guys the Materials katana from Barerose that is in the Marketplace. This purple version you can get for free in the freebies section of Barerose. The samurai elements come from the Barerose outfit Komaoh Maru which also includes mesh chest armor and pants. I am wearing Kooqla's River Silver. The Tangerine version is currently a free group gift, it cost only 10L to join. I recommend joining and stay joined. The boots are rigged cyber badness by Mono:Krome. Love. These skins are awesome.   The hair is cool purple color with a top braid by Discord Designs. In this makeup by ni.Ju, I'm looking like the Visual Kei twin from the Kaulitz clan. (Well, when not making a frowny face anyway. lol) It's freebie at RMK Gothic.

BONUS: Here is a fast raw unedited studio shot from the Official Viewer on the Fatewear jacket, shirt, and pants. ...One thing that surprised me was my tint on the shirt did not translate with a materials render. 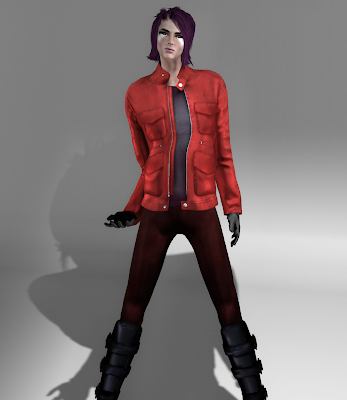 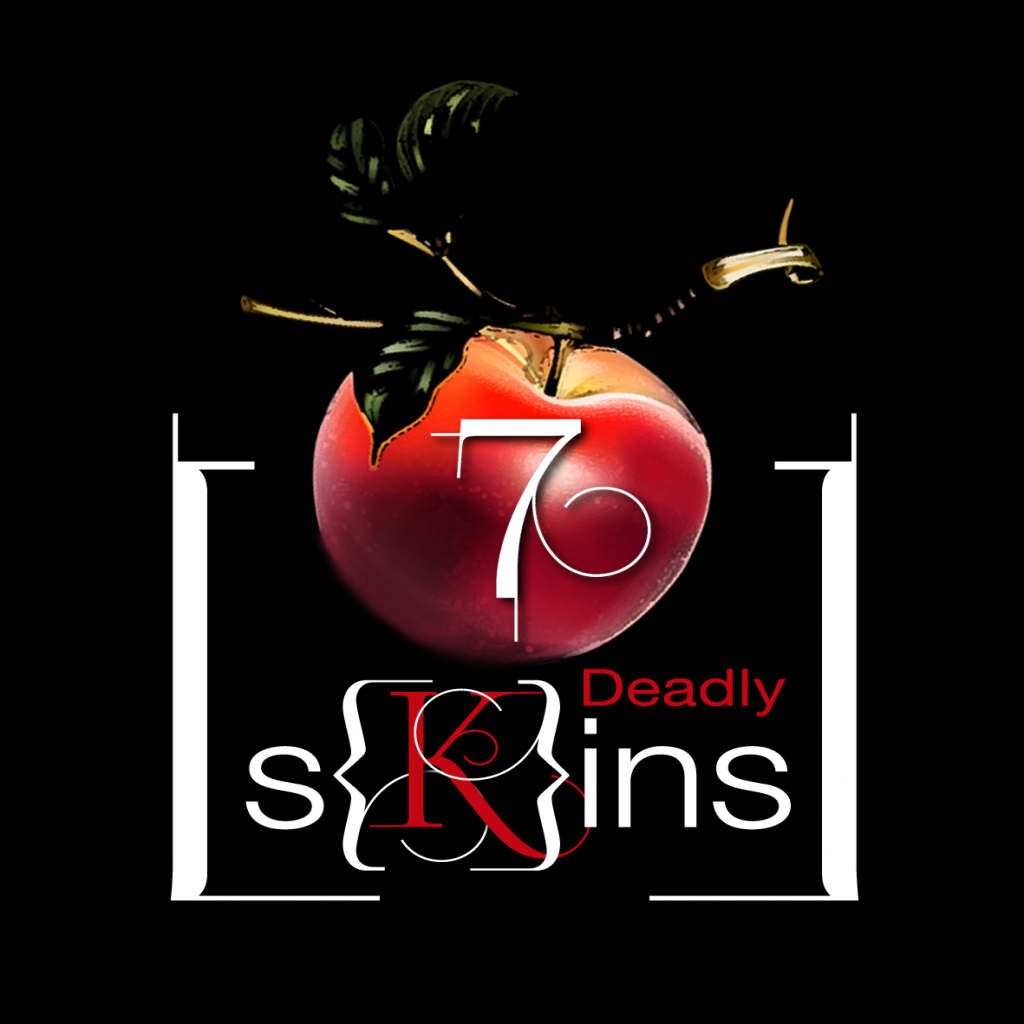 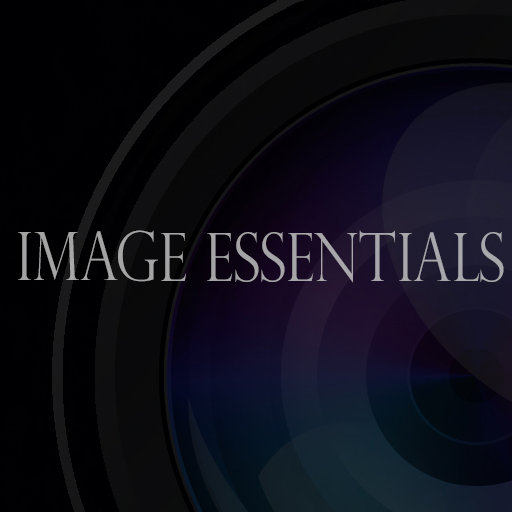 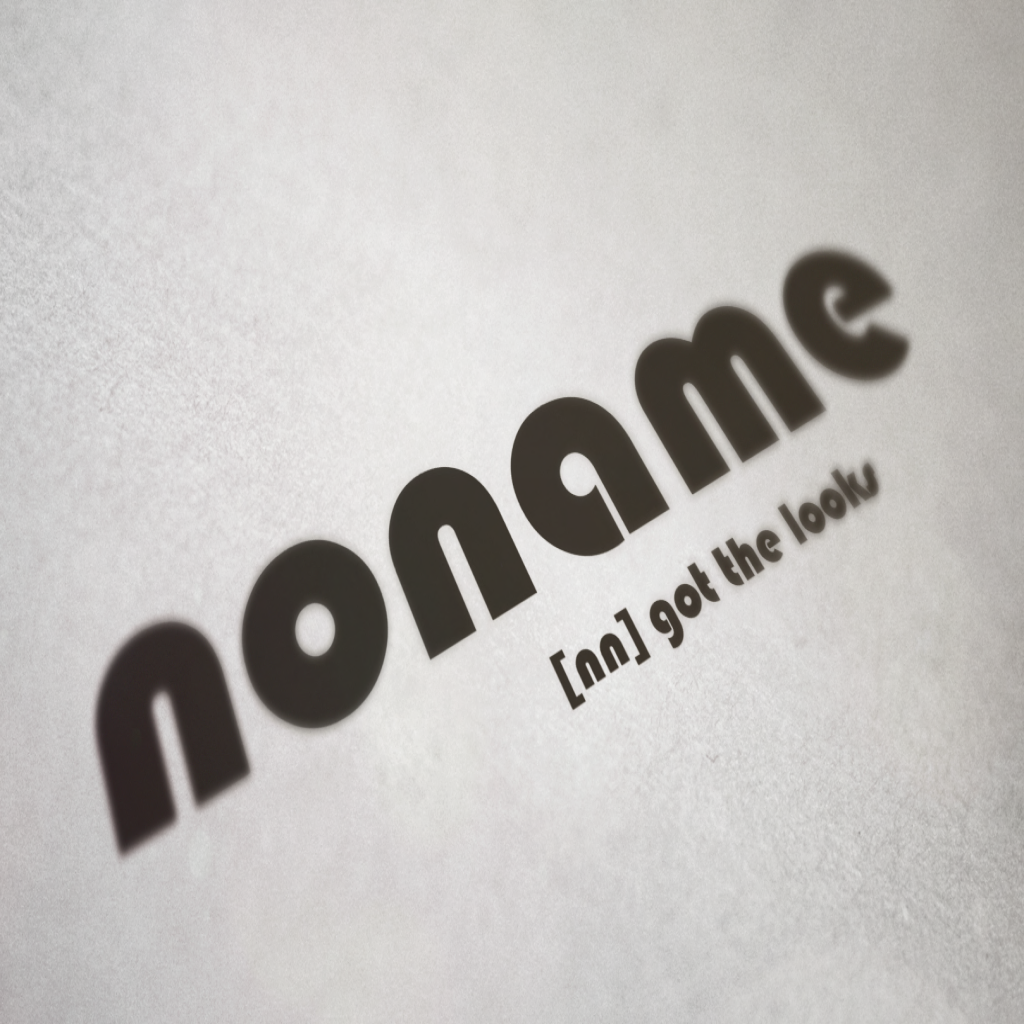 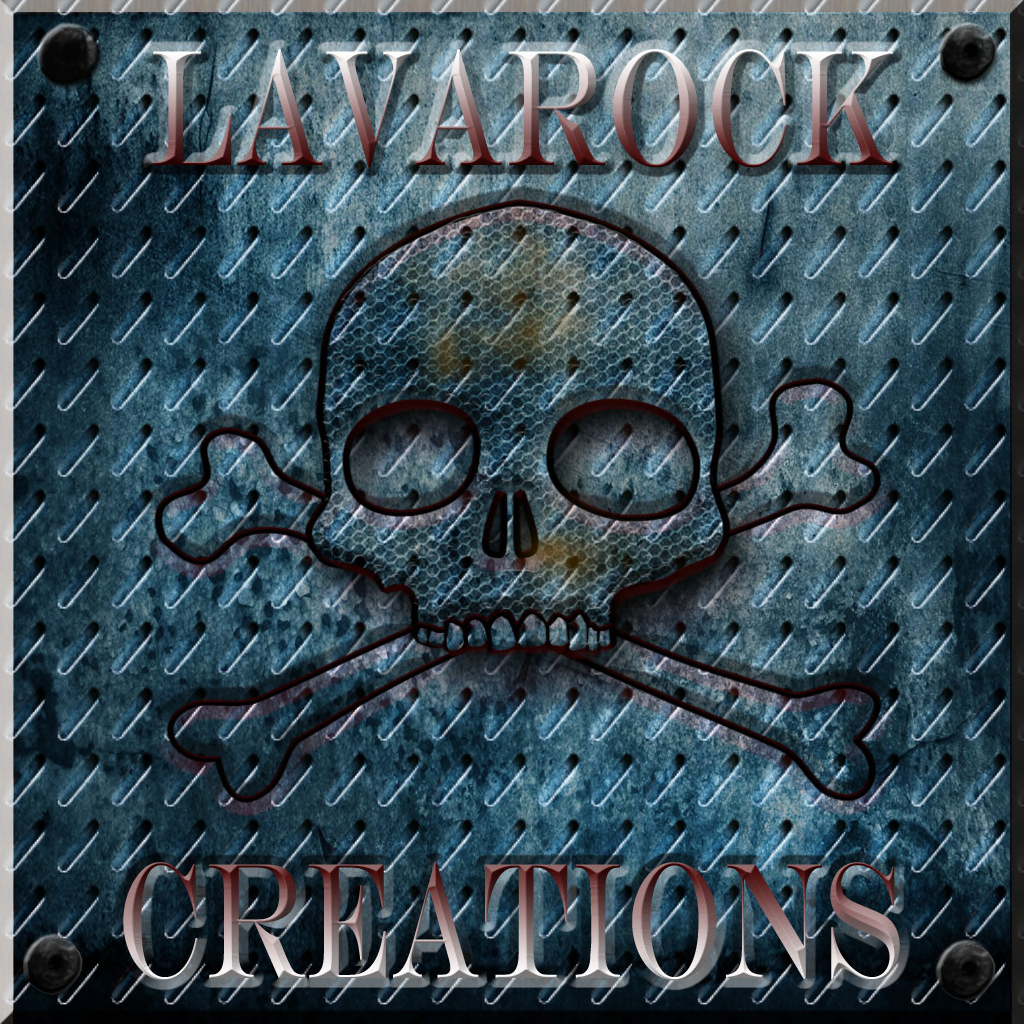 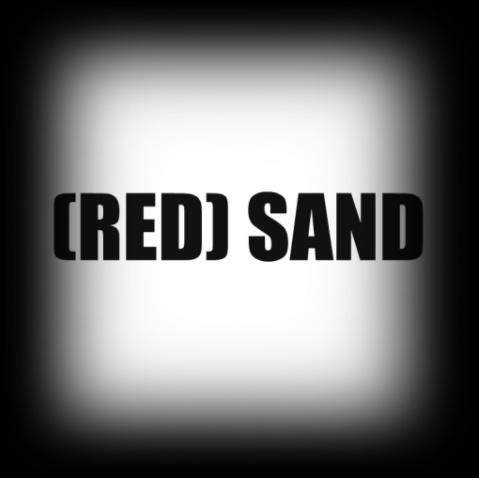 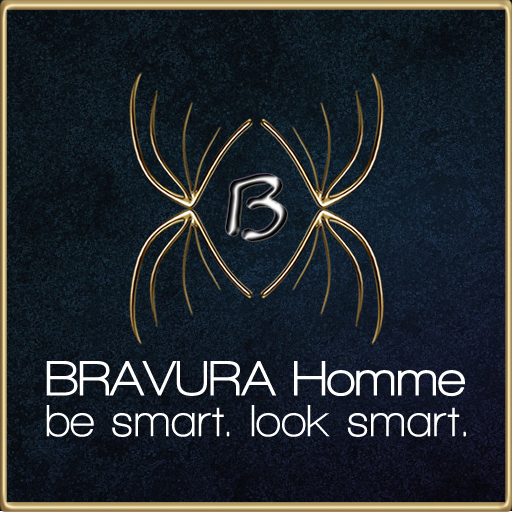 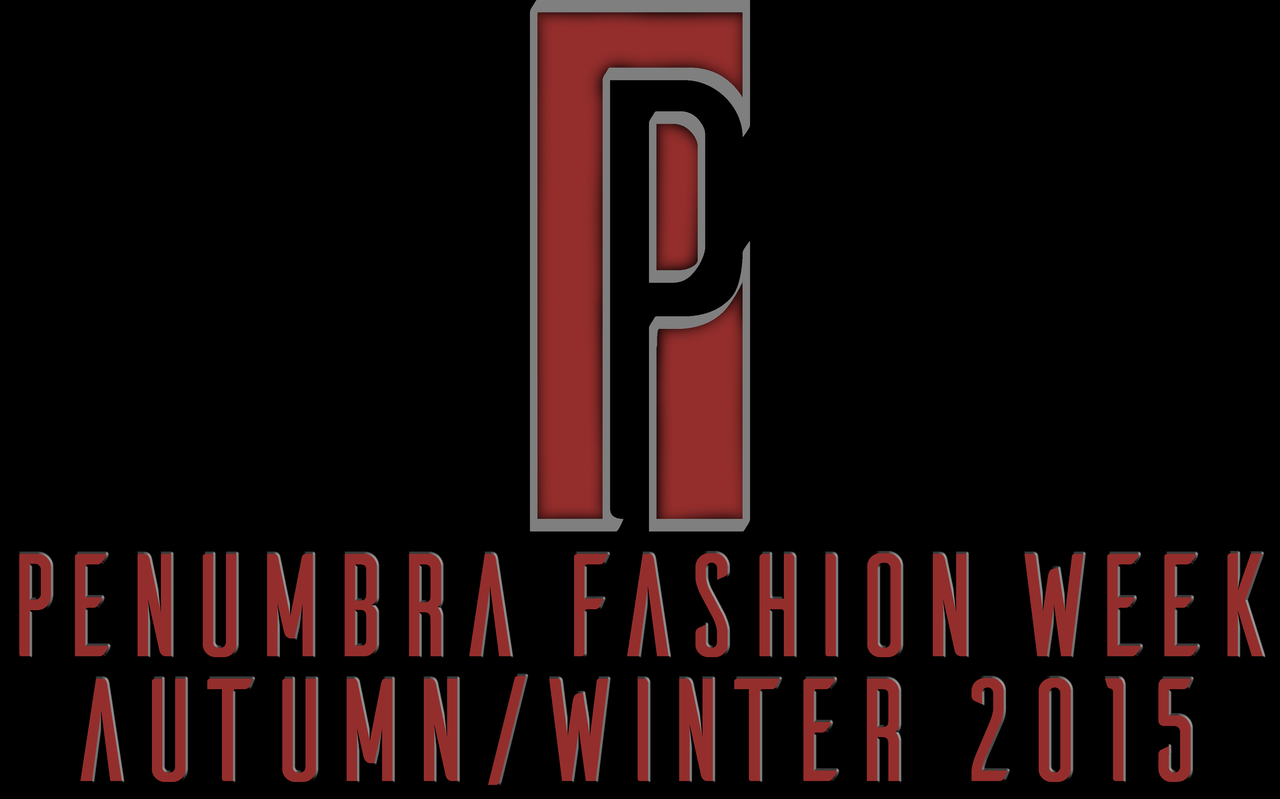 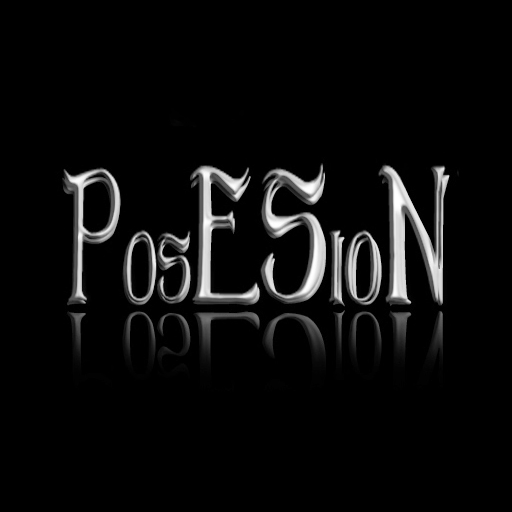 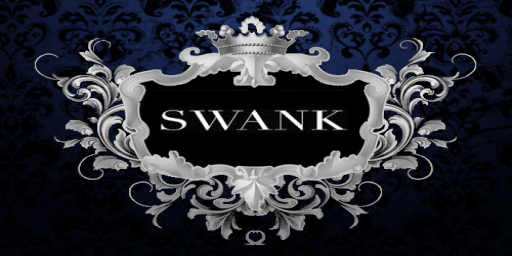 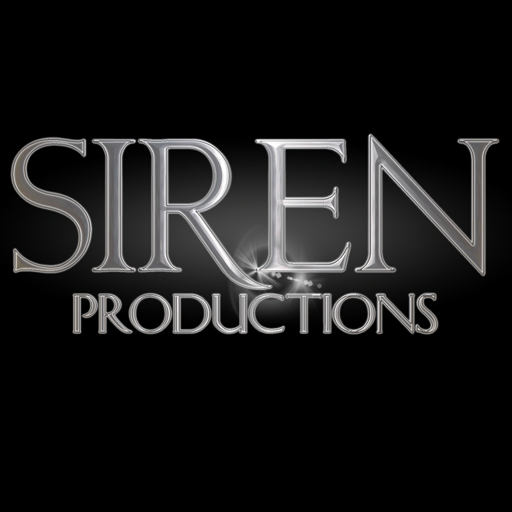 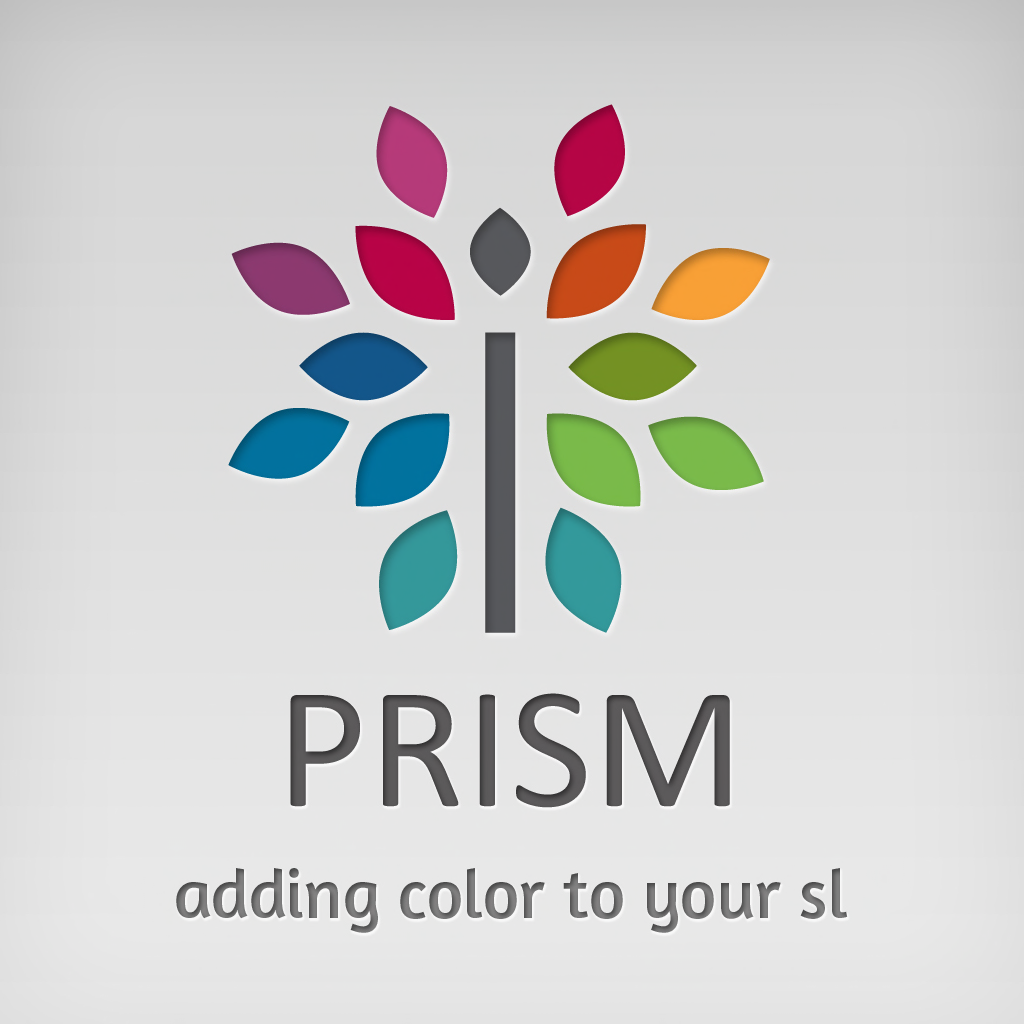 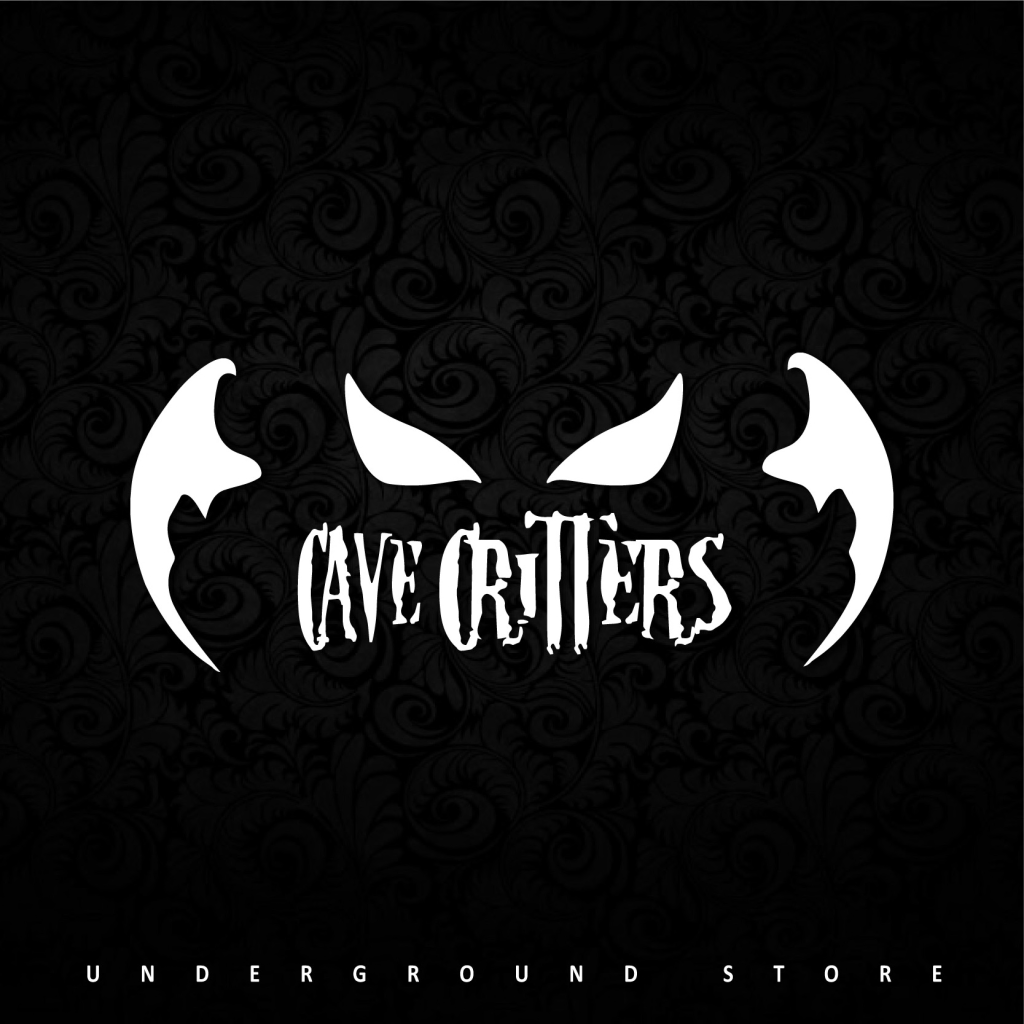