[BuFu] released new skinny jeans and since I hadn't shown all their blazers yet, I thought it would be a good idea to combine the two. The [BuFu] blazers come in two versions, with and without t-shirt, and the black version without tee looks especially sleek.

Thus I decided to not wear some casual shirt with it but instead the very elegant red vest and tie combination sf design just released in seven colours. Owning the silver edition, too, I thought it would be even nicer to use the silver tie with the red vest. The black shirt I already had in my inventory. It came with the Tyler outfit sf design gifted for the last MENstuff hunt but those who missed it can buy the set now. 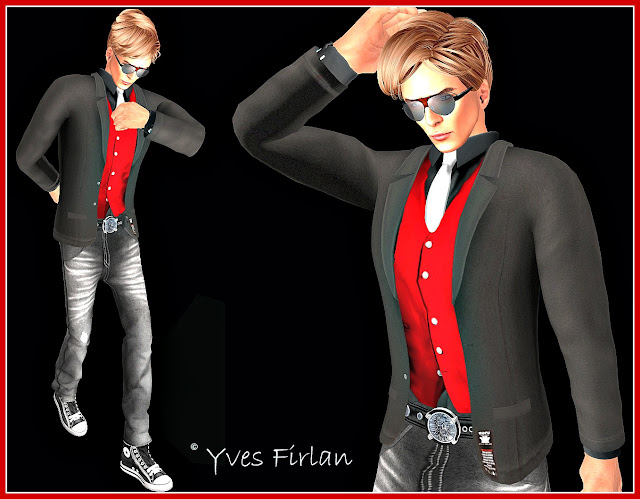 ( => click here for details and more pictures!)
Posted by Yves Firlan at 7:54 PM