The Last Days of the DV8 store

When I read DV8 was closing, it was like someone telling me an icon had died. I couldn't believe it. It had to be a joke. The first lucky chair I ever tried was at DV8. I often go there to scoop up the many freebies. But sadly, it's true. The store closes Sunday the 17th, and then the DV8 in-world store is gone. So grab your girlfriend, cyber goth buddy, or neko pet, and take them to DV8. Right now everything is priced at only 50L (except hair fat packs). Gacha have all been brought back too. While you're there, don't forget to grab the freebies bag, free diadem,  free bracelets for Petites, try your luck at the Mix and Match, and the last DV8 Lucky Board prize for men is +DV8+ Nuada - Blue. DV8 will continue to exist in the marketplace albiet with only with around 30 items. For those you wondering what will happen to the epic Twisted Hunts, The Torch is reporting the Twisted Hunts will continue. And the DV8 Dreadnought Roller Derby team also plans to continue. I wish the best for all people behind DV8. The 50L sale is nice finale for a legend in Secondlife. 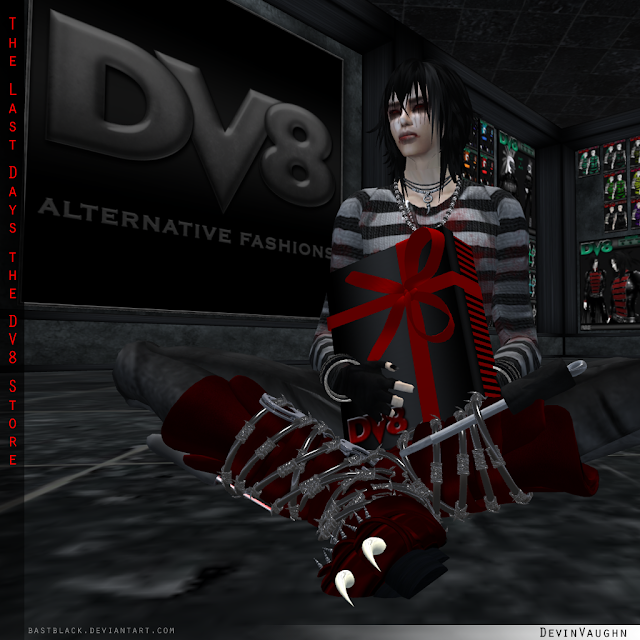 Thank you to the DV8 Deviant group members who came out in force to show thier favorite DV8 gear and salute their beloved store in an impromptu photoshoot. You guys are great! 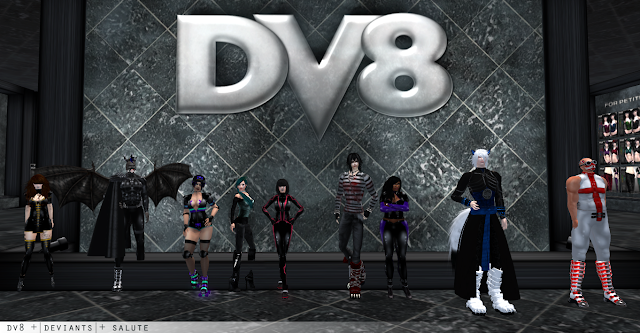 (Click to enlarge)  The DV8 Deviants are: (from left to right)